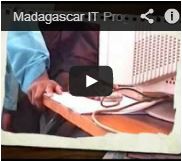 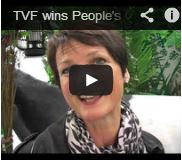 TVF is a unique, award-winning international NGO working to empower people through Education.  Working across 33 countries, last year TVF and its True Volunteers changed the lives of 328,820 people.

Founded by a group of like-minded individuals who wanted to give something back, TVF has grown substantially over ten years. Headquartered in London, TVF works to change lives across the world with:

TVF have delivered 111 UK and International educational projects spanning 33 countries.  A number of successful projects have been completed, including the building of eighteen schools across Asia and Africa, educational packs to over 5,000 children, eight micro-finance programmes bringing training and sustainable livelihoods to thousands of adults, integrated health programmes for several communities and sports education for thousands of children.

TVF have secured a number of strategic projects with central and local governments. Some major projects include:

Computing for one million people, Madagascar

Often known as the ‘forgotten island’ of Africa, Madagascar is one of the most impoverished countries in the world.  TVF partnered with the Madagascan Government, Microsoft and the Dodwell Trust to roll out a country wide program bringing essential computing resources and skills to one million people by 2015. The Madagascar IT Programme provided 480 computers, installed in 40 training rooms to teach computer literacy in schools and regional resource centres across Madagascar.

“Implementing a nationwide education programme predominantly targeted at children is a substantial project which requires buy in commitment and funding from a number of different parties including the Government, grass roots local organisations and corporate donors. The partnership between TVF and The Dodwell Trust was key to brining these organisations together and making the project a success. With 1 million people benefiting through computer education, it is fair to say this project will transform the opportunities available for the younger generation”.
Christine Dodwell, Dodwell Trust 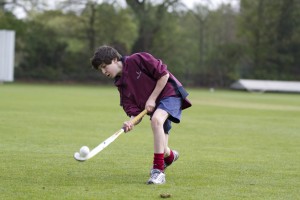 Launched in 2012 to coincide with the 2012 Olympic Games, the Wimbledon Sporting Project is a five-year educational programme, which includes films, books and sporting activities provided to schools in the London Borough of Merton at no cost. TVF is working in partnership with Merton Chamber of Commerce, Merton Council, Sporting celebrities and local businesses to provide sports education to over 27,000 children. The project seeks to inspire athletes of the future and encourage children to live healthy and active lives through sport. In 2012, TVF ran three pilot sport programmes for 1,800 children, the feedback was amazing. TVF will build on this success of the pilots to roll out the programme across all schools in the Borough.

“I believe sport is a vital ingredient in the development of us all and I’m delighted to support the Wimbledon Sporting Project by True Volunteer Foundation”.
Theo Paphitis, BBC Dragon’s Den Star

Schooling for up to 300 deaf and blind children, Sri Lanka 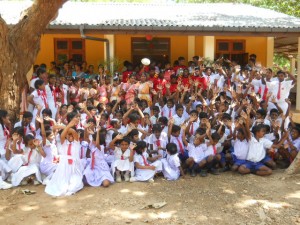 Nuffield School for deaf and blind children is located in the Northern Province of Sri Lanka. Civil War fought for three decades in Sri Lanka had a disastrous impact on the entire country; most of the buildings in the school were badly damaged. To significantly improve the future for the school children, TVF raised funds for a complete refurbishment of the facilities. Completed in September 2012 the renovated facilities now provide accommodation and schooling for up to 300 deaf and / or blind children per year.

“On behalf of my staff and all of the children, we can not believe what has happened to our school over the last year. We now have a good chance to give these children an opportunity in life. Many thanks to True Volunteer Foundation”.
Mr S Maheniran, Principal of Nuffield School 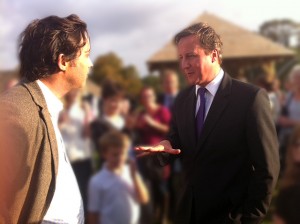 TVF works with 108 True Volunteers who agree to Pay to Work, each donating between 5 to 35 hours per week through engaging in a Social Career. True Volunteers do not get paid and do not claim general expenses. In 2012 TVF featured as the preferred partner in projects related to The Big Society and featured in two government reports commissioned by Prime Minister, David Cameron. TVF and its True Volunteers have been hailed by celebrities and Ministers as an “excellent example of The Big Society”.

“The fact that True Volunteers do not get paid or even claim personal expenses makes this charity and its True Volunteers a fantastic example of the Big Society”.
Sir Cliff Richard 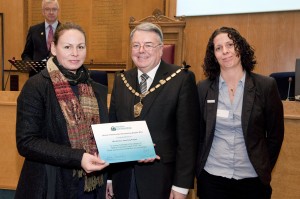 In March 2013, TVF was recognised for its groundbreaking Wimbledon Sporting Project by Merton Partnership Volunteering Awards. TVF is proud to be one of the eight organisations recognised for their contribution and dedication to Merton Communities. Awards were presented by the Mayor of Merton, Councillor David Williams. In 2010, over 10,000 visitors to the U.K’s biggest volunteering exhibition; Forum3, voted for True Volunteer Foundation to win the ‘People’s Choice Award’.

“This is an incredible achievement and one that has not been seen during the last ten years of this event. The dedication, energy and professionalism of the True Volunteers were there for us all to see”.
Debbie Hockman, Director of Forum3